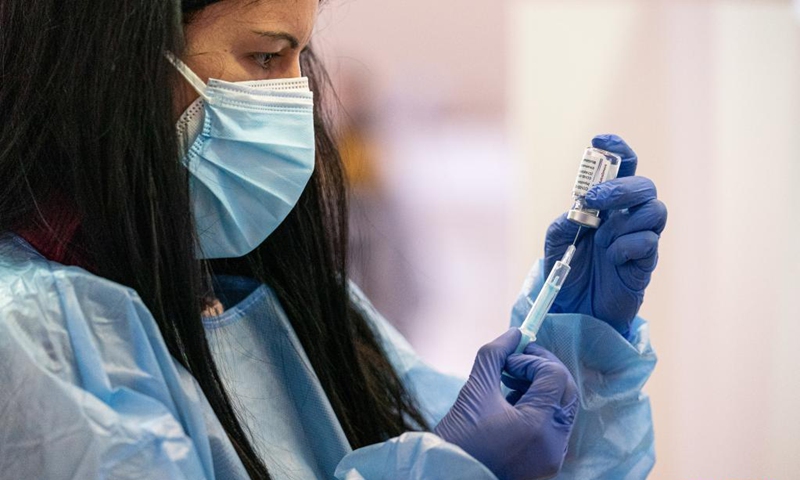 A Chinese expert from the World Health Organization (WHO) Ethics and COVID-19 Working Group warned on Tuesday that it is too early for Europe to issue vaccine passports to allow residents to move freely between countries given the still grave epidemic situation and suggested that WHO take the lead on the vaccine passport issue to set up standards and countries can issue the passports under the WHO guidance based on the scientific evidence.

Allowing vaccinated travelers to move unconditionally would bring about huge risks when there is a lack of scientific evidence and a sufficient vaccination rate to support the move at the moment on the continent, Lei Ruipeng, an expert form the School of Philosophy and Center for Bioethics at the Wuhan-based Huazhong University of Science and Technology, and member of the WHO Ethics and COVID-19 Working Group, told the Global Times in an exclusive interview on Tuesday.

The certificate records whether people have been fully vaccinated against the coronavirus, recovered from the virus or tested negative within 72 hours. Travelers holding the certificate are allowed to move freely as long as one of those three criteria is met.

The European Commission is planning to launch the system in all 27 EU countries as of July 1, and is also in talks with the US on how to verify the vaccination status of American visitors, media reported.

As early as April, an official from the European Commission had told media that they were eyeing to allow Americans given vaccines approved by the European Medicines Agency to move freely into the continent this summer, the New York Times reported.

There have been reports of people who got infected despite being vaccinated and it is still unclear whether re-infection would lead to human-to-human transmission, she said, noting that both Europe and the US had failed to perform well in their anti-epidemic work, and many public health measures are not sufficiently in place in these areas.

Lei also warned of ethical concerns of launching a vaccine passport at this moment amid a huge inequity of vaccine accessibility between rich and poor economies, noting potential discrimination against those who have not been vaccinated or have no travel certificates.

In April, WHO spokeswoman Margaret Harris told a press conference that “We as the WHO are saying at this stage we would not like to see the vaccination passport as a requirement for entry or exit, because we are not certain at this stage that the vaccine prevents transmission.”

WHO’s reluctance doesn’t imply that a vaccine passport itself is wrong, observers said.

In countries where conditions are ripe, bilateral or multilateral science and ethics committees could be set up and issue vaccine passports based on WHO guidance and the scientific evidence, she noted.

China has been open about the introduction of a vaccine passport and has worked with partner countries to do more research on its implementation.

Chinese experts suggested that the WHO can draft the rules, procedures and data format. China is willing to provide support in sharing experience and techniques in setting up such a platform, as the country has rich experience in this area and has realized data sharing among the health code platforms of different Chinese provinces and regions.

Diet and exercise are important during the pandemic

Somhale Foundation issues out vouchers to families in need.