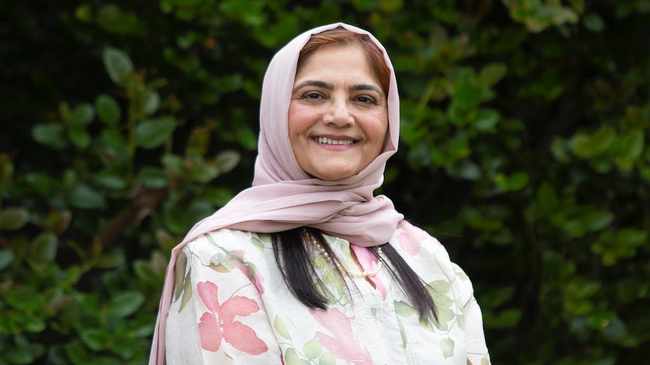 The persistence of two “innocent and brave” Muslim women, wives of political exiles, to petition the Dutch for repatriation from the Cape more than 300 years ago, is a central theme of the fourth book to be released by Professor Najma Moosa, of the University of the Western Cape’s Faculty of Law.

Launched earlier this year, The mystery of the apostasy of Shaykh Yusuf of Makassar’s alleged grandchildren: the children of the Rajah of Tambora, focuses on the widely accepted narrative that during Dutch rule in the late 1600s, when Shaykh Yusuf of Makassar and Rajah of Tambora were exiled to the Cape from Indonesia, the children of the Rajah converted to Christianity and married Christian spouses. In it, Prof Moosa offers an alternative view on whether it was Shaykh Yusuf’s grandchildren (from his alleged daughter’s marriage to the Rajah) who converted to Christianity. Shaykh Yusuf was an eminent Indonesian Islamic scholar and a pioneer of Islam at the colonial Cape.

Prof Moosa says she stumbled upon the subject in an “odd way”, when she was asked to present a paper to an international journal on the theme of “Religious freedom in the Global South”. She could not find conclusive evidence to support the prevailing view that the Rajah was married to Shaykh Yusuf’s daughter. “I also realised that not much has been written about the history of the Cape Muslim community.” Also, the Dutch did not keep detailed records of the lives of political exiles and their families. “I therefore decided to write my own book to fill what I found to be a gap in Cape Muslim history.”

Her research revealed the tenacity of the wives of Shaykh Yusuf and the Rajah whose petitions to Governors were recorded by the Council of Policy, the Dutch East India Company’s highest authority at the Cape, and these formally documented resolutions therefore carried great legal weight. “This was more than 300 years ago. Cape Town women can learn much from their examples when it comes to standing up for their rights as Muslim women.”

Prof Moosa is already working on her next book – a simple-to-understand textbook on the substantive aspects of Muslim Personal Law.All proceeds from the sale of The mystery of the apostasy of Shaykh Yusuf of Makassar’s alleged grandchildren: the children of the Rajah of Tambora are for the benefit of the community and students.

It can be obtained from publisher Shaykh Shahid Esau, in his capacity as one of the people heading the Indonesian Research Project at the Muslim Judicial Council (MJC) in the Western Cape. To buy a book, contact shahidesau@yahoo.com

It is also available online at Clarke’s Bookshop

Professor Moosa has been in academia for more than 30 years. She was the first woman Dean of a South African Law Faculty. She is also an admitted Advocate. Both her LLM and LLD degrees were the first awarded at UWC and her theses were the first to deal with the Islamic law of succession, and constitutionalism and Muslim Personal Law (MPL). She has engaged in doctoral (at Yale Law School) and post-doctoral (at the School for Oriental and African Studies) research.

She is a National Research Foundation rated researcher. Her research milestones include drafting contributions to two South African Law Reform Commission Projects: on Muslim children (Project 110, 1998) and on Muslim marriages (Project 59, 1999-2003). She is the author of many academic articles, and of several first of their kind South African books.

In August 2019 she was a nominee for the inaugural Women in Law South Africa (WOZA) award for her excellence in academia. In October 2020 she was nominated by the Dean as “Top Achiever” in the Law Faculty for the second edition of Digimag, an initiative started by the Deputy Vice-Chancellor (Academic) focusing on excellence of women academics and women leaders at UWC.

How Huawei is involved in human capital development in Africa