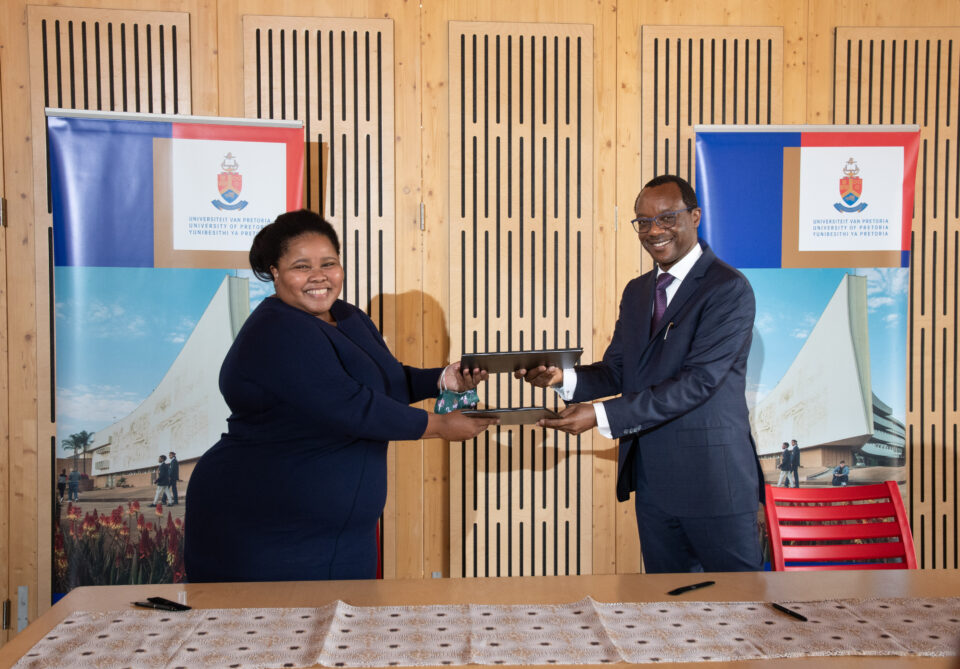 The University of Pretoria (UP) has signed a Memorandum of Understanding with the Apolitical Academy Southern Africa (AASA) to collaborate on the training of ethical leaders in the country and the region.

The agreement, which is valid for three years, will see the two parties work together in several areas aimed at training and developing Africa’s future government and political leaders. AASA was established in 2018 as an independent, non-partisan, non-profit organisation. Its mission is to make the public service work for people throughout the region, by supporting and training a new generation of 21st-century ethical and transformational public leaders.

With the academy having welcomed its third cohort of Public Service Fellows in 2021 and preparing for a fourth cohort, which will commence training in January 2022, the ground is fertile to formalise the relationship between the two parties. This joint effort will bring together each institution’s respective passion to foster the development and growth of future leaders in the public sector and political sphere.

Associate Professor Victoria Graham, Head of the Department of Political Sciences at UP, said the partnership between the two institutions will be a mutually beneficial one. “This relationship is so important because both UP and the Apolitical Academy are committed to the promotion of active citizenship and the creation of ethical, strong, transformational leadership,” she said. “There is an enduring need to contribute to the development of open, robust and good quality democratic societies in Africa and globally; we hope that we can contribute to this goal through our collaboration.”

Lindiwe Mazibuko, co-founder and Chief Executive Officer of AASA, said the relationship between the two entities is an important part of making a sustainable difference in the country’s political landscape. “Africa is on track to account for half of the world’s population growth and has the youngest population in the world,” she said. “Our continent needs more young emerging leaders to be at the forefront of policy discussions and decision-making. Young people have a critical role to play in creating structural economic and social change across the continent in order to improve the lives of its most vulnerable people. They need to be able to participate in policy discussions that seek solutions to the challenges that exist within society, so as to strengthen democracy and governance systems throughout the continent.

“Together, Apolitical Academy Southern Africa and UP aim to empower a new generation of ethical, political and governmental leaders to help close the gap between public institutions and the people they serve,” Mazibuko added. By supporting a new generation of ethical young public leaders, “we can expand opportunities for them to play a critical role in building accountability for successful economic transformation, effective representation and excellence in the public service”.

UP Vice-Chancellor and Principal, Professor Tawana Kupe said the agreement entails equipping tomorrow’s leaders with valuable skills. “As two institutions united in our ambition to mould and give opportunity to the young people of our future, we recognise the enduring need to contribute to the development of open, robust and good quality democratic societies in Africa and beyond.”

He added that the development of socially active, responsible citizens, and building a country, continent and world that nurtures the needs, dreams and aspirations of all are key priorities for UP. “This is certainly not an easy task in the face of myriad complex challenges, but that perhaps brings us back to the important part of finding solutions, and why we are here today,” he said. “Our problems are too sizeable to be dealt with individually but, when tackled collectively, and through partnerships that pool expertise and resources and foster learning, tangible results become achievable. We look forward to our collaborative relationship with the Apolitical Academy and playing a small role in co-creating a sustainable future together.”

Ubuntu to Work, at Work

Kellogg’s and Shoprite, Collaborate to Act for Change and Create Better Days for South Africans