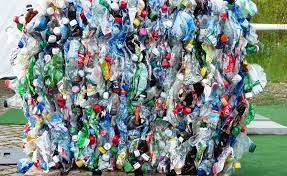 Uganda has today joined the Clean Seas Campaign, demonstrating the country’s commitment to curbing the flow of marine litter and plastic waste entering lakes, rivers, and the ocean.

The Clean Seas Campaign, launched by the UN Environment Programme (UNEP) in 2017, has been a catalyst for change, transforming habits, practices, standards and policies around the globe.

With now 63 country partners, the Clean Seas Campaign is a global movement devoted to ending marine plastic pollution from source to sea. Commitments by signatory countries cover more than 60 per cent of the world’s coastlines, with a growing membership from countries like Uganda working to protect other critical, and connected, water bodies. Individual pledges of action have reached more than one million.

The landlocked East African country of Uganda is part of the Great Lakes region with its largest freshwater ecosystem, Lake Victoria. The water body, shared with Kenya and Tanzania, is the source of the iconic River Nile that flows 6,695 kilometres before ending in the Mediterranean Sea.

However, Lake Victoria and its related ecosystems are threatened by the catastrophic effects of the triple planetary crises – biodiversity breakdown, the climate emergency, and rampant pollution – from decades of unsustainable production, irresponsible consumption, and insufficient waste disposal.

For Uganda, this pollution takes the form of waste, such as plastics and fishing gear, and nutrients from agricultural run-off, degrading ecosystems services and threatening the health and livelihoods of its communities. About 1 in 5 of the fish in Lake Victoria had ingested plastic, shows a recent study, while another research study has recorded microplastics in surface waters in several sites on the lake.

Juliette Biao Koudenoukpo, UNEP’s Director and Regional Representative for Africa said: “When it comes to plastic pollution, it is critical to focus on the importance of all water bodies – lakes, rivers, wetlands, and ultimately, the ocean – that suffer from the negative impacts of both plastic, and other types of pollution. These include ghost fishing gear and excessive nutrients from agricultural run-off.”

“We welcome Uganda – the second landlocked country, and the first in Africa – as it joins the Clean Seas Campaign. This is not just about seas but about all our water bodies and how they deliver vital services that support our very well-being. As part of the partnership, UNEP is also pleased to support Uganda on a national action plan to tackle litter and plastic pollution.”

“Plastics clog drainage systems which attracts billions of shillings to unclog annually; sums that would have otherwise been invested in other critical social services.”

Spurred by the need to address dangers like carcinogenic exposure from ingesting micro plastics, Uganda has been inspired to tackle plastics through the law and seeking national and international partnerships.

“Many factors have delayed enforcement of plastics ban in Uganda, but I have confidence that joining the global Clean Seas Campaign will go a long way in developing conviction among Ugandans and other global citizens to adopt more sustainable alternatives,” Okurut added.

Uganda is already one of 30 other countries represented in the Tide Turners Plastic Challenge, a Clean Seas Campaign initiative that educates young people around the world about marine litter and plastic pollution, giving them the tools to change their personal behaviour, inspire their communities, and create a better future for the planet.

In March 2021, Flipflopi, the world’s first sailing boat made from 100% recycled plastic, joined forces with the Clean Seas Campaign on an expedition by sailing around Lake Victoria with stops in Kenya, Uganda and in Tanzania. The expedition drew attention to the plight of the lake and the need by the East African Community to end the unnecessary single-use plastic scourge that is threatening the region.

The Clean Seas Campaign contributes to the goals of the Global Partnership on Marine Litter, a multi-stakeholder partnership which brings together all the actors working on marine litter and plastic pollution prevention and reduction.

The ocean makes life on earth possible, helping to regulate our climate, providing the main source of protein for more than a billion people and generating much of the oxygen we breathe. Marine litter and plastic pollution pose an existential threat to ocean health; it’s time to turn the tide.

Danish scientists look into Seaweed as a source of renewable energy