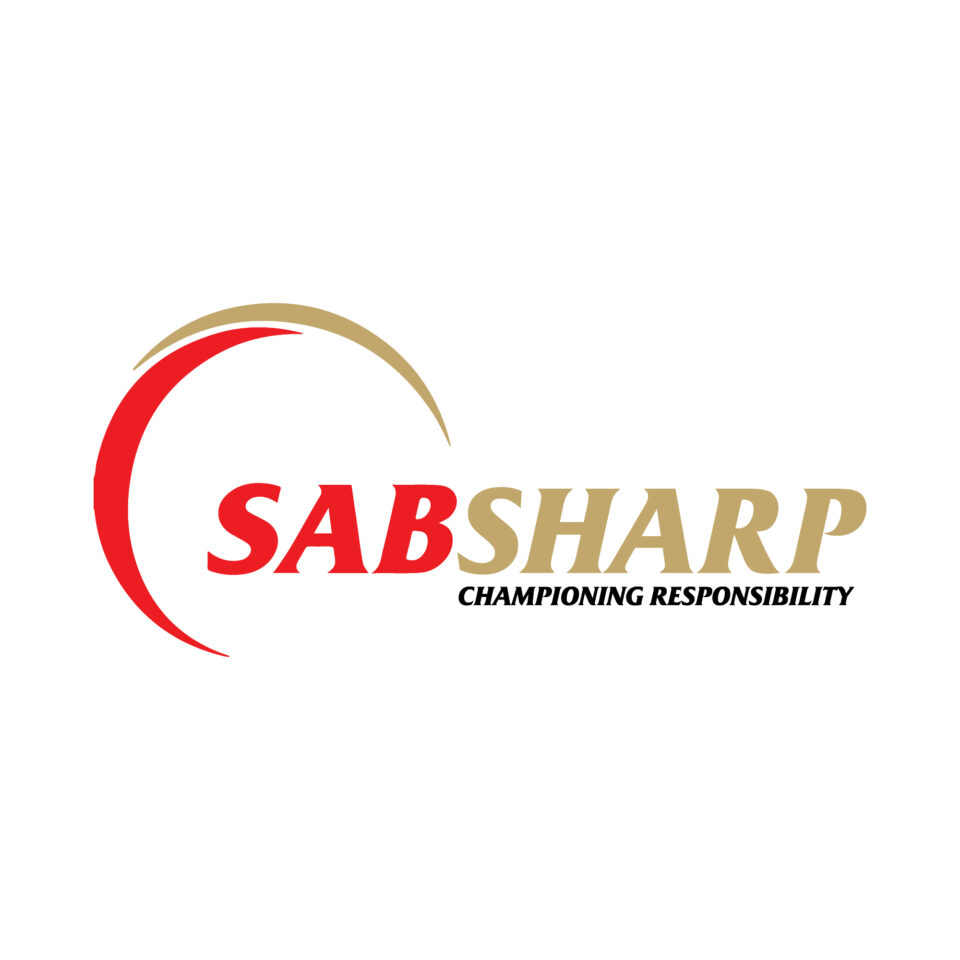 The new platform is called SAB Sharp, a play on words communicating SAB’s leadership in championing responsible consumption of alcohol through a rallying call to South Africa to be sharp – to make better decisions when it comes to alcohol consumption that will ultimately build a nation we can all be proud of. This call is encapsulated in the SA Be Sharp Charter, a manifesto of SAB’s commitment to championing responsibility which includes a citizen’s commitment that South Africans can sign up to on the SAB website.
SAB VP for Corporate Affairs, Zoleka Lisa says SAB is moving to actively driving change through partnerships with government, key stakeholders, communities, and tavern owners. “Beer has been a special part of South African heritage and culture for many years, and, as SAB, we firmly believe that every experience with beer should be a positive one. This belief requires us to encourage and enable the growth of thriving communities where harmful drinking no longer presents a social challenge. Our SAB Sharp commitments and programmes are designed to get South Africans to consume alcohol responsibly as they LIVE, DRIVE, TALK and SELL Sharp.”

The new SAB Sharp platform, will enable SAB to run interventions that can accelerate the curbing of irresponsible consumption of alcohol at scale and with pace, leveraging partnerships with government, communities, civil society retailers, tavern owners and media agencies. “In order to create the kind of country we want to live in, we acknowledge the societal ills caused by irresponsible consumption of alcohol, and we are committed to be at the forefront of changing the way the nation behaves when they are selling, buying our enjoying our beers.” said Lisa

The launch of SAB Sharp is part of the company’s five-year plan to create a safer and smarter drinking culture. The SAB Sharp platform will drive tangible results in SAB’s delivery of programmes aimed in 4 specific pillars of responsibility: responsible communities, responsible driving, responsible marketing, and responsible trading. SAB has put in place tangible goals that will serve to focus its efforts to address the above mentioned societal ills. The brewer has made the following commitments:

· We as SAB will help the nation Live Sharp: We will uplift the areas we do business in and drive economic inclusion as an enabler of thriving communities, while ensuring that we protect the most vulnerable people within them. We will prioritise the holistic inclusion and empowerment of women, youth and township and rural based businesses. We are calling on the Government to partner with us in creating an enabling environment for businesses in South Africa .

· We as SAB will help the nation Drive Sharp: Reducing alcohol-related road vehicle accidents is part of our plan of action. We will continuously spread awareness to licensed drivers that no matter the reason, or how near or far the destination, it’s always better to have none for the road. To this end SAB is calling on South Africans to refrain from driving after consuming alcohol and aims to help reduce alcohol-related incidents and fatalities by 2025.

· We as SAB will help our retailers Sell Sharp: We pledge to end the insistence of fun beyond the legal hours of trade. We pledge to end the excessive on-site consumption of alcohol, and we commit to enforcing the legal drinking age. To this end, SAB is calling on outlet owners and retailers to actively promote responsible drinking in their communities and the company aims for 100% compliance in Responsible Trading Programme standards.

· We as SAB will commit to use our brands to Talk Sharp: We will promote the enjoyment of beer with dignity, on all platforms. Through the power of our iconic brands, we will show consumers that they can have fun without the regret of binge drinking or displaying irresponsible behaviour. To this end, SAB is calling on all its creative and media agencies along with its marketing teams to promote responsible communication of its products across all platforms and use its brands to change social behaviour.

The company will work closely with its key partners including government departments to create a future that advocates for the responsible consumption of alcohol. “We therefore call on all our partners, the entire beer value chain and South Africa at large to partner with us on this journey as we create a future with more cheers,” said Lisa. To this end, SAB has already begun piloting all its responsible consumption programmes including the rollout of 10 Alcohol Evidence Centres across South Africa. By 2025, SAB will have rolled out 50 AECs across the country.

The brewer has also rolled out a Responsible Trading Programme to 30 000 retailers which will ensure that retailers are held accountable in terms of a compliance criteria that ensures that they trade responsibly by not selling to underage individuals, amongst others. SAB further envisages the roll out of 10 Gender-Based Violence centres across the country by 2025.

Commenting on the launch of SAB Sharp, Convenor of the National Liquor Traders Association said, “We support the launch by SAB of the Sharp initiative aimed at promoting responsible usage of alcohol and fostering a culture of responsible trading. We believe that this initiative will address some of the pressing issues linked to alcohol abuse and we commend SAB for this groundbreaking alcohol harm reduction program”.

This view has been echoed by Victor Chetty, Director of Kwa-Zulu Natal (KZN) Traffic Police whom SAB has partnered with in launching Alcohol Evidence Centres (AECs) in KZN who said, “The partnership with SAB in terms of the AECs is one factor that’s producing results in prosecuting those who drink and drive.”

“Championing responsibility across our business, value chain and communities is a core belief we choose to live by. As SAB we are sharpening our tools and committing to that nation that we will ignite change in accelerating a positive drinking culture in the country. As we rebuild our country on many fronts, we want South Africa to be Sharp”, concluded Lisa.

Celebrating International Day of Women in Science at Sappi