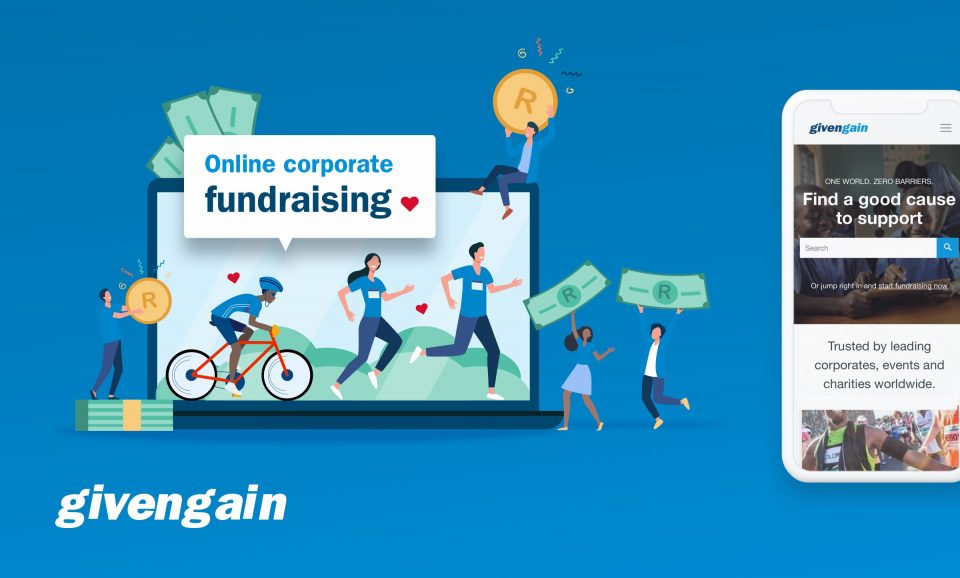 It’s been a bad 12 months for one of the biggest sources of charity – corporate social responsibility programmes.

The curse of COVID

But as with so many other things on the corporate agenda, this is no longer a given after the prolonged disruption of the pandemic and global economic pressures. In response to the current uncertainty, corporate grants are predicted to dip in the short term.

Charities have already been hit hard as a result. A recent study revealed that one in ten UK charities were set to face bankruptcy by the end of 2020 as they struggled to cope with a £10bn (R210 billion) shortfall.

Crowds – a creative solution under pressure

Fortunately, the pandemic brought with it an increased focus on shared responsibility, and employee crowdfunding has been something of a go-to strategy for companies to overhaul their social impact strategies.But while this has augmented a much-depleted major source of income for charities, this type of fundraising is still in its infancy and also under pressure.

The lack of physical events and office time to bring employees together over the last 12 months have combined to hurt staff fundraising programmes. Without large crowds or public participation, the 2020 London Marathon, for example, raised just £16.1m (R338m) versus £66.4m (R1.39bn) in 2019.

But a rise in virtual events has come some way towards alleviating this shortfall for many charities and events such as Courir pour Elles in France and the Vhi Virtual Women’s Mini Marathon in Ireland – which powered ahead in 2020 despite social distancing.

“Virtual events have huge potential in a post-pandemic world,” says Jannie Smith, GivenGain Regional Manager for South Africa and sub-Saharan Africa. “Unlike real-world events, the size of a virtual event isn’t limited by logistics – giving organisers the option of holding mega-events with potentially hundreds of thousands of participants anywhere in the world.”

Although there is still a long way to go in meeting the shortfall in charity income, virtual events and employee crowdfunding therefore present a vast opportunity for corporates to achieve continued social impact, especially now that economies are regaining momentum.

“In-person events are also restarting – with many retaining a virtual component as a permanent fixture, which will help to boost their reach and impact,” adds Smith.

Power of the people

What attracts so many corporates about crowdfunding? Smith lists the advantages.

“Firstly, fundraising projects can be created and driven entirely by employees and funded by their individual networks – without staff being out of pocket personally,” he says. “Naturally this takes some of the burden off the corporate budget, but it shouldn’t be their only CSR strategy going forward. Corporates can match staff fundraising and generate a lot of goodwill that way.”

“Employee fundraisers are a truly authentic and transparent way for companies to showcase their CSR, as fundraising projects are usually hosted on widely accessible websites.”

“In addition, employee crowdfunding brings people together and boosts morale at a time when staff spirits are in need of a lift.”

“And last but not least, employee crowdfunding attracts a dynamic workforce and helps to engage and retain existing staff,” he says. Since 2020, millennials and Gen Z make up the largest portion of the global working population. And for this philanthropy-minded generation, social impact is a major criterion for choosing a workplace or career.

So how can companies get involved? With a custom corporate fundraising offering and a dedicated global support team, the GivenGain Foundation is uniquely placed to support companies’ rollout of team fundraising events, whether teams operate together or in widely distributed locations.

GivenGain’s support for corporate fundraisers ranges from providing advice and resources for individual fundraisers, to reporting on the impact of a company’s fundraising to share with stakeholders or the public.
“We pride ourselves on offering bespoke guidance for corporate events, as well as integrated fundraising and reporting tools,” says Smith.

GivenGain itself runs a workplace giving and volunteering programme internally and for Humanstate, the group started by its founders. For example, Humanstate’s 12-day CSR programme allows staff to volunteer for one day every month throughout the year.

One of GivenGain’s most ambitious social impact events, the 2020 One World Zero Barriers Challenge, brought together employees from its international offices to compete in fundraising teams. In the end, 30 individual fundraisers raised over $12,000 (R198k).

This year the Humanstate Heroes 5K challenge will see employees participating in a 5km fun walk or run and donate to any charity of their choice. The event will take place simultaneously across four time zones with the help of a fitness tracking app and GivenGain’s online event fundraising functionality.

Are your colleagues in need of some inspiration to get started? There are plenty of impressive corporate fundraising initiatives to check out on GivenGain. In 2019, 60 Deloitte employees in Switzerland cycled across the country to raise money for a school in Kenya that provides vital education to 800 orphans.

Another inspirational cycling challenge, the Garden Route adventure tour, has attracted SA ICT company Infraplex to fundraise for pioneering work in male breast cancer at the Port Elizabeth CANSA Centre.Whether your company decides to team up with a virtual event or support a partner charity through a company event, getting started with a corporate crowdfunding event couldn’t be easier.

To find out more get in touch with GivenGain today at events@givengain.com.

Highest Court decision has implications for all loyalty programme providers

How to volunteer during the lockdown

Saray Khumalo launches campaign to ‘Draw the Line’ against malaria