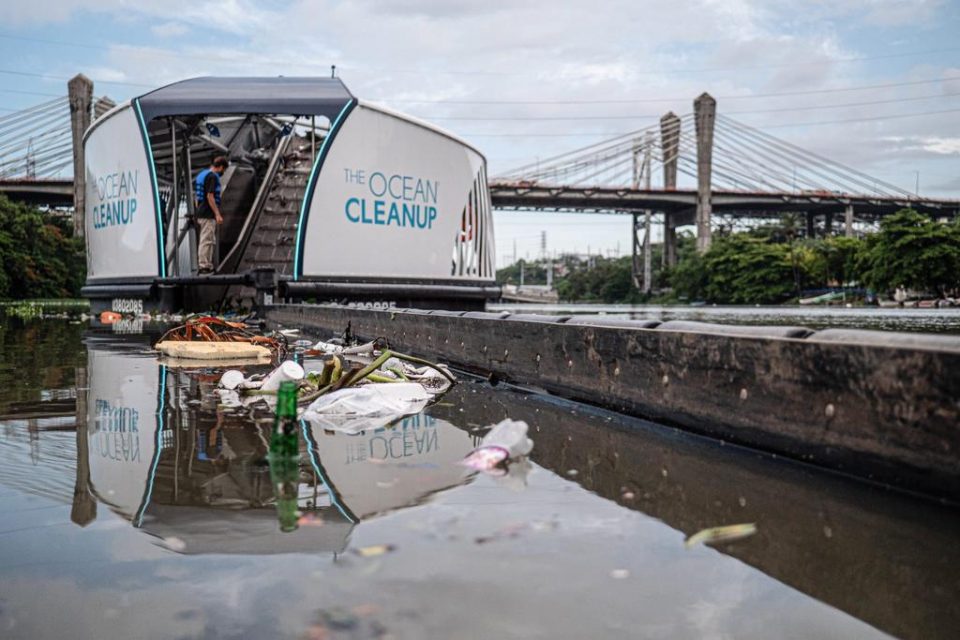 Back in 2013, Dutch teenager, Boyan Slat started Ocean Cleanup initiative to collect plastic from the surface of the ocean without harming marine life. He was inspired to do something after learning about the Great Pacific Garbage Patch.

He dropped out of college and crowdfunded millions of dollars to build a vessel that would be able to remove the plastic litter and other rubbish without putting marine life at risk.

The garbage patch was discovered in the ’90s and is a massive island of plastic, rubbish and debris drifting halfway between California and Hawaii. It consists of over a trillion pieces of debris that have collected there because of the swirling vortex of current. The patch is roughly twice the size of Texas.

A few years later, a new vessel called the Interceptor has been launched. The vessel can pull 50,000kgs of plastic and other pollutants from rivers around the world.

The vessel is anchored at the end of a floatation barrier that acts as a guide for pollution. It is then pulled out of the water by a conveyor belt which transports the plastic and other pollution to a collection of dumpsters where it can be collected by operators as regularly as needed. The system notifies operators when the dumpsters are full, and they are then emptied and taken away to be dealt with.

There are currently three Interceptors active around the world; they can be found in Indonesia, Malaysia and the Dominican Republic.“Alongside our research into the most polluting rivers, we have also conducted research on where to best place Interceptors in the rivers. Working with the government and local operators we will help to determine the best setup that produces the most effective extraction output and the least interference with vessel traffic in the river,” said Ocean Cleanup.

The Interceptors will be placed in strategic locations in rivers to make sure the main plastic flow is intercepted, meanwhile allowing for boats to pass. Coldplay has teamed up with the Interceptor to launch a new Interceptor in Malaysia called the Neon Moon.

Automotive industry investment will have substantial effect on the Ethiopian economy

Youth brings a fresh perspective to the renewable energy sector

Greenpeace not at peace with news of nuclear plant