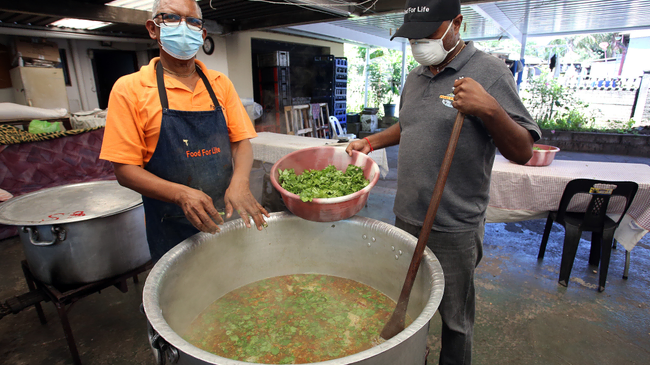 In an effort to eradicate hunger and malnutrition in South Africa, Food for Life South Africa has been preparing Russum for the needy. According to Paul Pillay, Merebank Food for Life Chairperson they distributed the Indian inspired soup because it would dish that helped in the fight against Covid.

Pillay noted that this was a special kind of soup because it helps to ease the symptoms of Covid 19 by reducing cough and phlegm.He said initially Food for Life started with 100 litres and would build up to 200 litres for one cooking cycle, depending on the needs of the community.

The vegetarian food relief programme has received plenty of requests and would be distributed to all those who have made contact to the distribution circle and communities.“It is not a cure but more of an immune builder and remedy traditionally used amongst the South Indian community to help during winter months to help the fight against the common cold or flu,” said Pillay.

Young scientists want to help those living with disabilities