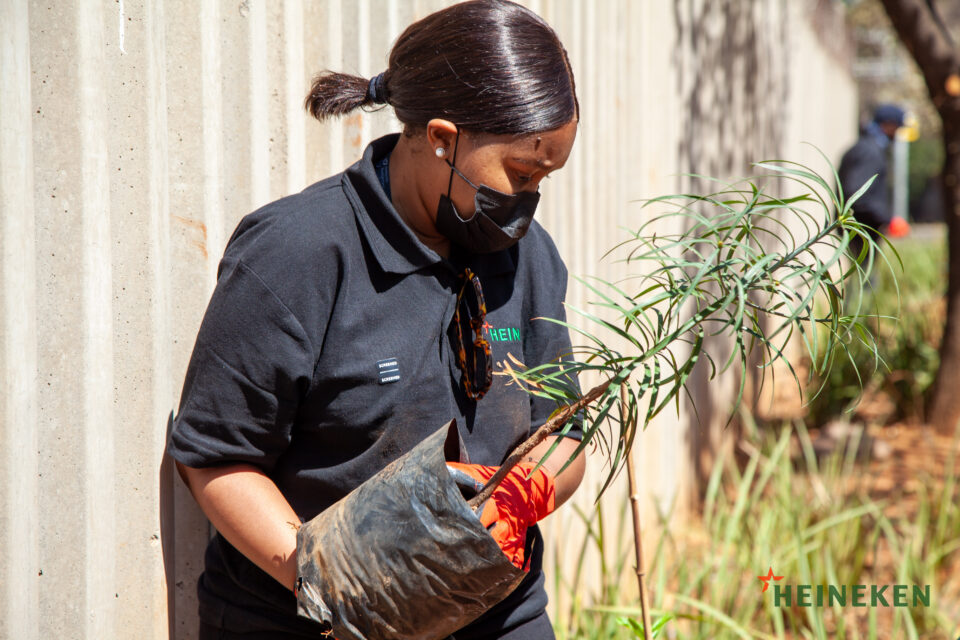 To commemorate Arbour Month in South Africa, HEINEKEN South Africa partnered with NPO Food and Trees for Africa, to plant 115 trees across high density sites in and around Johannesburg during the first month of Spring.

“We are honoured to have planted the trees as part of the sustainability commitments outlined in our Brew a Better World 2030 initiative, our commitment aimed at driving a positive impact in three major areas: the environment, social sustainability and the responsible consumption of alcohol. Through our focus on carbon neutrality, we aim to reduce our carbon footprint through initiatives such as green fridges, energy savings at our brewery and various other initiatives. We are also inspired to make a positive contribution towards the communities in which we operate and society at large. Beyond being a de-carbonisation initiative and providing shade to students, street vendors and commuters, planting trees also helps restore biodiversity, helps enrich the health of watersheds in the area and not only that, they beautify our cities,” said Millicent Maroga, Corporate Affairs Director at HEINEKEN South Africa.

As part of this initiative employees of the company, the local communities, universities and inner-city organisations have volunteered and planted the indigenous trees including River/Black Karee, Wild Olive, River Bushwillow, Outeniqua Yellowwood and Forest Bell-Bush trees in locations that include the perimeter of University of Johannesburg’s Doornfontein campus.

The trees planted by HEINEKEN and its brands over the past three years will offset over 100 tonnes of CO2e (carbon dioxide equivalent) over the course of their lifetime.

Food parcels to be distributed to small-scale, interim relief fishers

Environmentalists Under Threat in South Africa