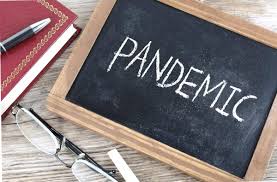 Approximately half (51 percent) of non-retired adults indicate the economic impact of the coronavirus pandemic will make it harder for them to achieve their long-term financial goals, a survey from the Pew Research Center finds.

Based on more than ten thousand survey responses from adults in the United States, the report, A Year Into the Pandemic, Long-Term Financial Impact Weighs Heavily on Many Americans (34 pages, PDF), found that among respondents who say their financial situation has gotten worse during the pandemic, 44 percent believe it will take at least three years to get back to where they were a year ago, including about one in ten who don’t think their finances will ever recover. Low-income adults are among the most likely to say they or someone in their household has lost a job or taken a pay cut since the outbreak hit the United States, and among those who’ve had such experiences, low-income and Black adults are more likely to say they have taken on debt or put off paying their bills in order to cover lost wages or salary. By contrast, 39 percent of upper-income adults indicated that their family’s financial situation has improved compared with a year ago.

In addition, the survey found that many Americans remain worried about meeting basic needs, including whether they have too much debt (30 percent), can save for retirement (29 percent), can pay their bills (27 percent), afford the cost of health care (27 percent), can make their rent or mortgage payments (19 percent), or buy food (18 percent). Overall, 42 percent of adults indicated that they have been spending less money than usual over the past year, and that is especially the case among upper-income adults (53 percent for those with upper incomes say versus 34 percent of those with lower incomes).

The report also found that Americans are divided as to who should be responsible for making sure people can meet their basic economic needs, with 45 percent indicating the federal government should have the greatest responsibility, followed by themselves or their families (33 percent), state or local governments (12 percent), and charitable organizations (2 percent), with responses varying widely across party lines.