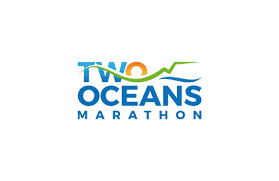 Now in their fifth year of partnering with the Two Oceans Marathon, GivenGain’s platform has helped raise over R2.3 million during TOM races since 2017, supporting 575 fundraising participants and donors from 80 countries all contributing to participating charities.

Smith says the average fundraiser on GivenGain gets 20 donations of R375 each, raising R7 500 each time they do a fundraising project.

“There are plenty of great examples on GivenGain of South African fundraisers, corporates, events and charities that have aced fundraising with a fun challenge, good use of social media or a fantastic story that inspires people to give or participate.”

One such fundraising runner is Keshantha Naidoo, who raised R9 500 in benefit of Reach for a Dream, in honour of her late father’s legacy of having served his community through decades of volunteer work.

The One Club names Martin’s Robinson, W+K’s Stinson to Board of Directors

Pandora introduces new Charm for change in support of UNICEF

Coach like a pro with Gary Kirsten’s new online programme