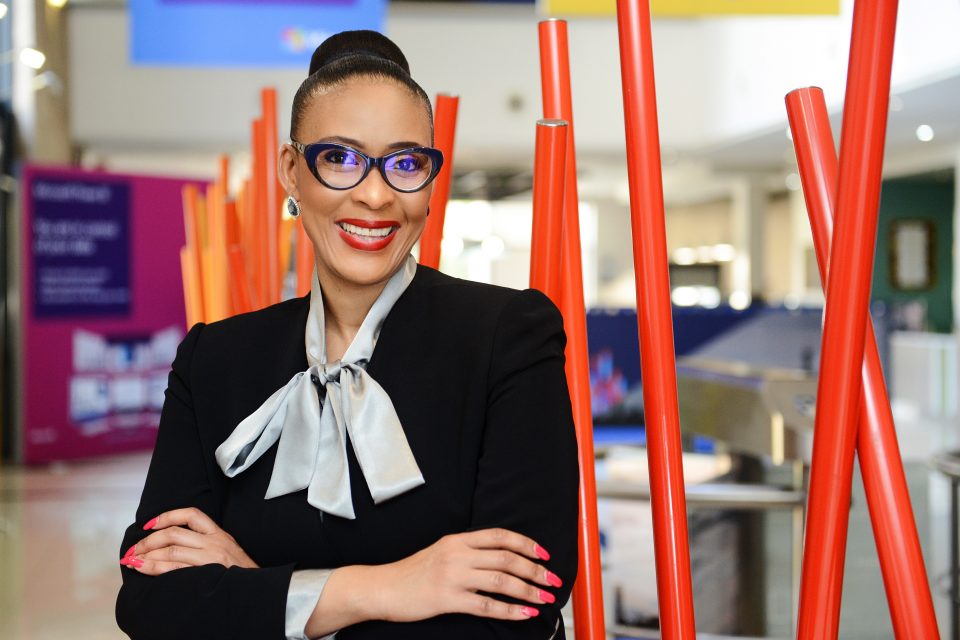 Women are increasingly well represented in leadership in civil society, including all tiers of government, Parliament and the judiciary. However, the equitable representation of women in business leadership is still a (slow) work in progress.

This is according to UWC alumna Lillian Barnard who in March 2019 was appointed as Managing Director of Microsoft SA, the first woman to lead the Information and Communication Technologies (ICT) sector giant, IBM’s South African operation.

She notes that according to the 2017 BWASA Women in Leadership census, women constitute 51% of the South African population but only 20.7% of directors, 29.4% of executive management positions and just 11.8% of board chairpersons’ positions.

Only 3.3% of JSE-listed companies have female CEOs and just one Top 40 company has a woman CEO, Naspers’s Phuti Mahanyele-Dabengwa.

Also, most ICT companies are led by men, although some large corporations have or have had women CEOs. Although identified early as top talent and given opportunities that challenged her limited experience, Barnard still had to earn her spurs as a leader in ICT the hard way.

After graduating with a BCom Honours at UWC in 1993, Barnard joined IBM, kicking off a 15-year career in managing sales teams, including overall responsibility for sales and business operations in France and Switzerland, before returning in 2010 to take executive responsibility for IBM’s sub-Saharan Africa partner business.

“Working outside South Africa was a great opportunity in that it set my career on a new trajectory. I grew as a person, both personally and professionally, and my world view has significantly changed in a very meaningful way,” Barnard says.

In 2011, she left IBM to challenge herself and built a successful consultancy based in Johannesburg. She joined the boards of Mango Airline and Vodacom as a non-executive director before returning to the corporate sales environment in 2014 as Chief Sales Officer for Vodacom’s Enterprise Business.

In May 2017, she joined Microsoft SA as its public sector director and was almost immediately identified as a potential managing director (MD). The first week of her tenure as MD coincided with Microsoft launching its first Azure cloud data centres in Africa, in Cape Town and Johannesburg.

Barnard says the data centres will not only aid the transition to the fourth industrial revolution in South Africa, but will facilitate digital innovation for Africa by providing cloud, artificial intelligence (AI) and edge computing access. Data research firm IDC predicts that spending on public cloud services will grow to R11,5-billion by 2022 and create 112 000 new jobs.

Barnard is excited about the opportunities that technology brings and the power it has to transform business and society.

“Some of the technologies that we think will make an impact on the local market include productivity and collaboration tools, cloud and data platforms and artificial intelligence,” she says.

Barnard is also keenly aware of the need to transform the ICT space, and has focussed intentional investments into initiatives that support ICT transformation and have led to Microsoft SA being recognised as a level one BBBEE contributor. Microsoft SA fully supports the Department of Trade, Industry and Competition’s Equity Equivalent Investment Programme (EEIP), which allows eligible multinationals to recognise BEE ownership without diluting existing shareholding.

Barnard is committed to improving access to ICT for women and promoting gender equity. Women constitute 28,6% of the total workforce of the global company. She says, “We have a strong commitment to building a diverse and inclusive workforce where all employees have the chance to succeed. Culture improvement takes commitment, feedback, listening and investment.

“We need to encourage interest from the early years of development, combat stereotypes, partner with our teacher community to inspire girls to pursue STEM careers, develop curricula that are gender-sensitive and mentor girls and young women to adopt different mind-sets.”

YouthSpark also spawned DigiGirlz, an initiative that enables schoolgirls to learn about technology careers, connect with Microsoft employees and participate in hands-on computer and technology workshops.

Citing the WEF’s Gender Gap Report, Barnard says, “Having women represented in these fields is not only a matter of fairness, but our economies and societies also lose out when we fail to engage half of the world’s brainpower in our engines of innovation.”