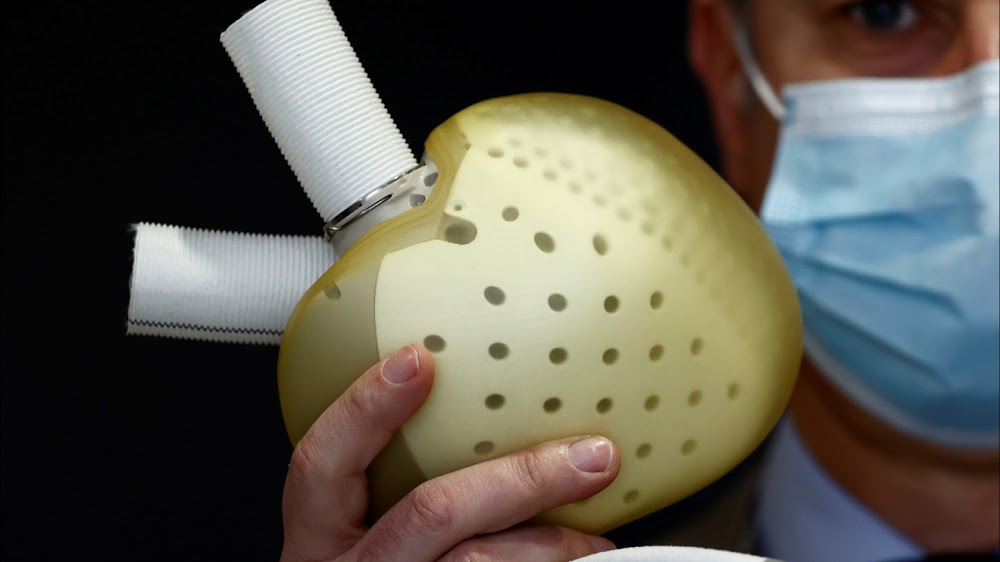 In an effort to give patients with end-stage biventricular heart failure an alternative to hospital stays, Carmat has introduced a battery-powered artificial heart. The sale of the devices will begin from the second quarter of 2021 after a long-awaited European Commission approval.

Biventricular heart failure is a deadly condition where the heart is no longer able to pump blood adequately around the body. The medical device company designed the device after realizing that there were recurring shortages of donors.

The battery-powered material weighs 900 grams, while a human heart weighs 300 grams, and will cost more than $180,000 (R2.77m).
Carmat’s CEO Stephane Piat said: “The idea behind this heart, which was born nearly 30 years ago, was to create a device which would replace heart transplants, a device that works physiologically like a human heart, one that’s pulsating, self-regulated and compatible with blood.”

He said the company was striving to secure an extension of the EU approval so that it could cater to people who, because of pre-existing conditions, could not be considered on the waiting list for a heart transplant.

Mental illness on the rise among South African Youth