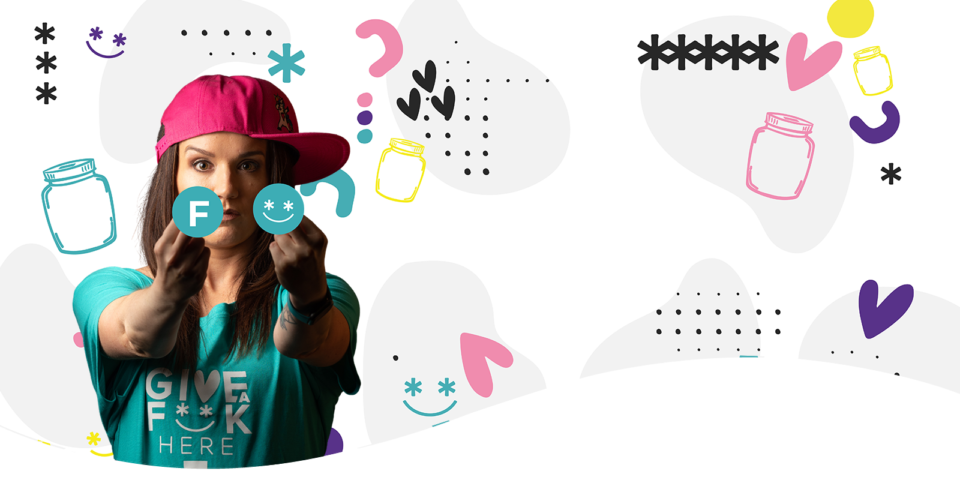 Maybe you stubbed your toe getting out of bed. Maybe a taxi cut you off in traffic or perhaps you got an email you were hoping not to receive. The most average of us will curse approximately 80 times over the course of a day – that’s more than 3 times per hour. And if you have ever suppressed the urge to unleash a string of obscenities, Rare Diseases SA are hoping you will think again and simply let the filth fly – after all, it’s for a good cause.

Cue Rare Diseases’ ‘Give A F*ck Campaign’ – a way to #SwearToCare. Rare Diseases SA are asking you to swear. A lot. And then donate for doing it. All the funds are being collected to start a procurement fund for high-cost medicine for patients impacted by rare diseases.

“Let’s be honest, at this time of the year, and after the year we’ve had between loadshedding and our own Covid-19 health risks – our f**ks are about spent. All anyone cares about now, is making it to the end of the year and perhaps having some time off before the next lockdown is called,” says Kelly Du Plessis, CEO and Lead Patient Advocate at non-profit organisation Rare Diseases South Africa. “But the year is far from over for those the government and medical schemes are turning a blind eye to – the thousands of patients with rare diseases who now, more than ever need support.”

“In South Africa, we have no formalised Rare Diseases policy. This community is simply being ignored and told that their medications are ‘too expensive’ – now that’s offensive. Put another way, their lives are apparently not worth that much. But we think they are! We want to elevate public understanding of rare diseases, advocate for patient care and support and help navigate the challenges that people living with chronic illnesses, including rare and genetic disorders, and their families, face every day – and this fund is a start to helping with the high-cost of medicine.”

Rare Diseases hopes to raise R100-million to kick start this risk equalisation fund which will spread the cost of treating these diseases evenly across the private and public sectors.“Yes, it’s ambitious. But we believe our patients deserve access to healthcare and to make an impact, we have to think outside the box,” says Du Plessis.

To swear or not to swear?

And if you needed some more convincing. A study found that swearing can enhance the effectiveness and persuasiveness of an argument. In addition, cursing can also convey an emotional reaction to something without us resorting to physical violence. Another study in Psychology of Sport and Exercise found that letting out a few choice words during a workout can actually make you stronger. Some brain research even suggests that profanity is a healthy stress release, especially when we’re in pain. And while many might consider swearing less than savoury, a study revealed that people who curse often actually lie less and have a higher degree of integrity.

To Curse Is to Be Human

“Not giving a f**k has become almost a new movement, and its prevalence only serves to highlight the extent to which most people really do care. It makes us feel like we’re all in it together. It makes us feel a little less detached, a little more understood. It makes us human,” add Du Plessis. “So, we offer our apologies if you’re averse to the word f**k. We rather like it because it brings in donations to a cause we are passionate about, and we hope South Africa will be too. So, create a swear jar. Encourage friends and families to participate and join our #SwearingForCaring and #ProfanitiesForPurpose campaign.”

Doctors Without Borders will be expanding its medical care in 2020

UN warns that unemployment decrease does not guarantee a decent living

$10 million in grants awarded to a foundation against sexual exploitation