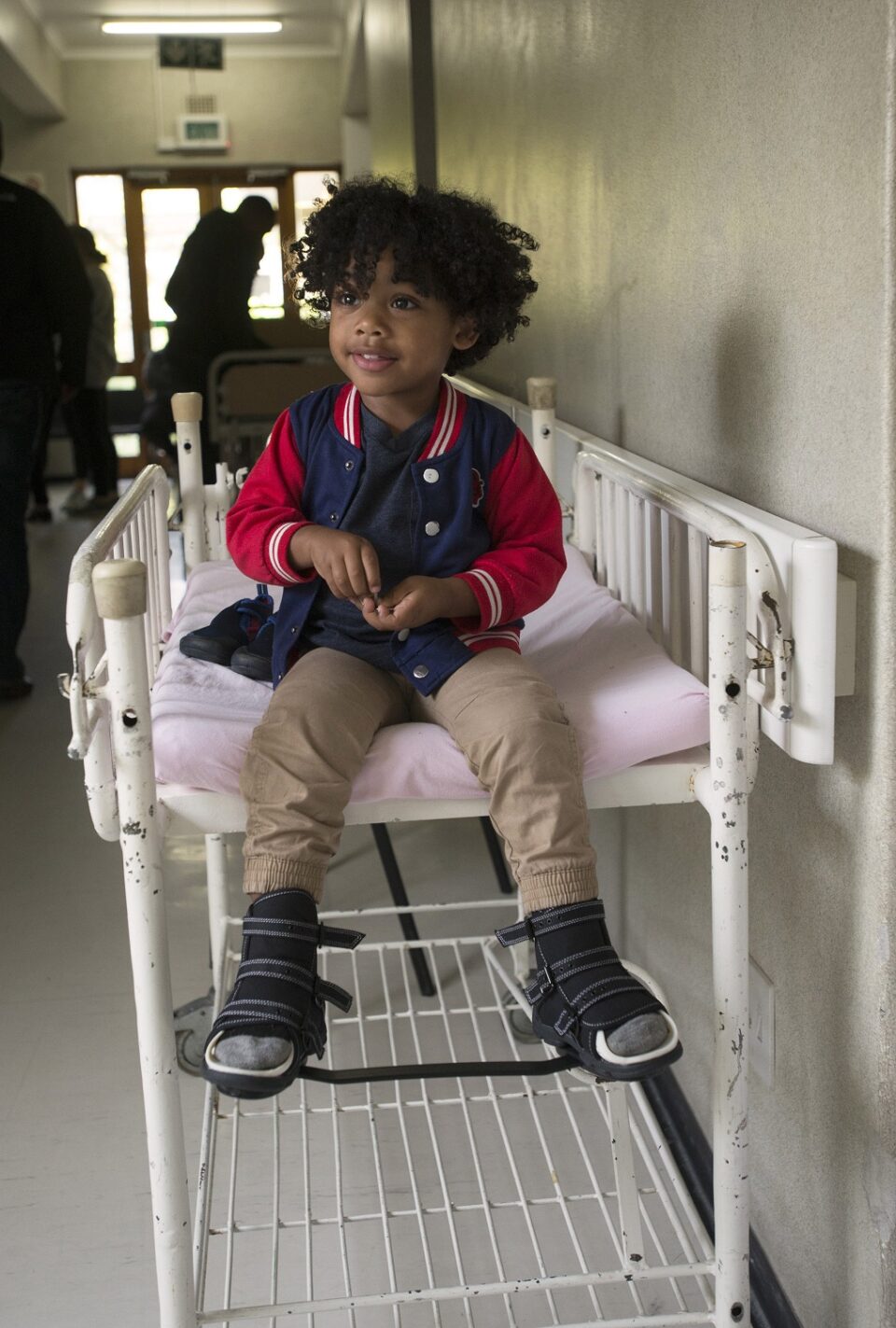 Clubfoot, the most common musculoskeletal birth defect globally, is very prevalent in Southern Africa. More than 11,000 children are born with clubfoot each year and approximately 2,000 of these children are in South Africa.

A baby born with clubfoot has one or both feet twisted downwards and inwards, in a rigid position. If left untreated, the child will be unable to wear shoes or walk normally – leading to a life of disability, isolation and pain.

However, unlike many other birth defects, clubfoot is treatable. Early diagnosis and effective treatment successfully eliminates disability from clubfoot.

In South Africa, the Ponseti Method – brought to South Africa by Karen Mara Moss (founder of the NPO STEPS) is now widely employed as a non-invasive treatment for clubfoot and is supported by 38 partner clinics in the state health sector. Further, STEPS has also directly trained 693 healthcare professionals in the use of this method.

“I first became aware of how prevalent clubfeet was during my Paediatric Orthopaedic rotation training,” says Ramguthy. “I joined Chris Hani Baragwanath in 2010 and, with such a busy clubfoot clinic, one is naturally drawn into treating clubfeet. However, being interested in Paediatric Orthopaedic surgery, I was attracted to treating clubfeet. It is such an easily correctable deformity and very rewarding. Once you turn a deformed foot at birth into a normal looking foot, with the child then able to walk and function normally, there is such relief and joy.”

The Ponseti method requires a 4-8 week correction phase where the foot is gradually positioned into place with a series of manipulations and full-leg plaster casts, changed weekly. A minor procedure is then performed which can be done using local anaesthetic, and the maintenance phase is entered.

This is where the child wears a clubfoot brace full-time for three months, and then when sleeping.“Our clinic is held on a Wednesday during which we see approximately 90 children,” says Ramguthy. “About 30 – 40 of them require casting.”

“Parents are amazing. In the case of clubfoot, they first have to absorb the loss of what they expected to have with the birth of a new baby and accept that it will be different,” says Moss. “What is supposed to be an intimate and happy family time becomes one of medical appointments, heavy plaster casts applied to a small baby’s legs, worrying about the future and often many sleepless nights struggling to adapt to the clubfoot brace. But we see parents rise to the occasion in so many ways – watching changes to their child’s foot as the plaster casts work their magic, becoming part of the supportive clubfoot community under the care of skilled and dedicated health professionals and realising that, although the journey is hard and long, it will be alright.”

Says Ramguthy: “For a parent to see their child’s clubfoot when they are born is quite distressing. But clubfeet can be corrected and children can lead a normal life and function optimally. Compliance with treatment and using the brace is very important to prevent relapse of the feet as that would require starting the treatment process from the beginning. The best chance of correction is for treatment to commence at birth.”

There are not many disabilities that can be treated. During Disability Awareness Month, the success of clubfoot treatment in South Africa is acknowledged as a major accomplishment in a stretched resource healthcare sector. “We continue to do our work in the hope that the stigma of clubfoot can be as altered, just as the treatment available has altered – from a surgical intervention to the non-invasive Ponseti Method,” concludes Moss. “If the parents with whom we work are any indication, Southern Africa is moving in the right direction.”

STEPS is hosting a series of three free medical webinars on 23 November, 7 December 2021 and 23 January 2022. Anyone interested in, or working with clubfoot treatment can register at: https://clubfootafrica.com/webinars/

Women are shaking up the e-commerce industry in South Africa

Counting the cost of underage marriages in South Africa

Pregnancy and Gestational Diabetes, What You Need to Know