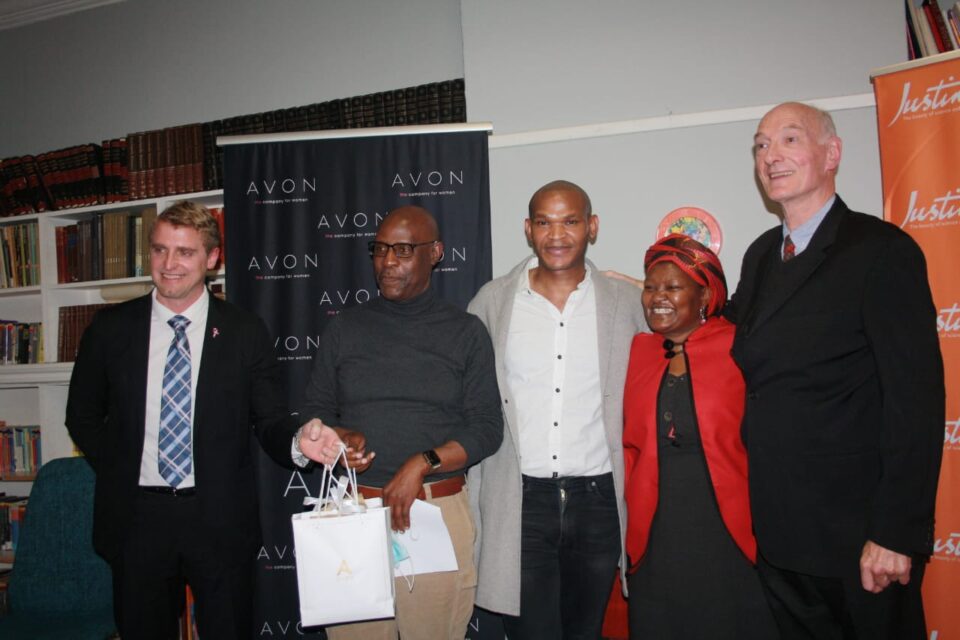 Children often and unfairly bear the brunt of maltreatment and physical and sexual abuse. It is estimated that 42% of South Africa’s children have experienced some form of ill-treatment and 82% have either experienced or witnessed some form of victimisation, according to the figures released by Optimus National Prevalence Study, the first-ever nationally representative study of child maltreatment in South Africa.

Global beauty company Avon Justine, have joined forces with human rights activist and retired Constitutional Court Justice, Edwin Cameron, to celebrate Pride Month by making a donation to Guild Cottage in the north of Johannesburg, of which Justice Cameron is Patron. The donation, of personal care hampers comprising Avon Justine products, is for both the residents and caregivers at Guild.

Guild Cottage was chosen as a charity of choice by Justice Cameron. Guild Cottage is a specialised facility and rehabilitation home and place of safety for children who have been physically, emotionally, and sexually abused. It is the only short-term facility of its kind in South Africa.

The hampers consist of essential personal care products, that are critical during the advent of Covid – 19 pandemic.

“Since its inception some 135 years ago, Avon has been more than just a beauty company, but an organisation that has unashamedly advocated for complete emancipation of women. We have harnessed, and continue to leverage the power of beauty to create a better and safer world for women. The commemoration of Pride Month resonates with our values as it speaks to the importance of giving women agency and the freedom to choose whom they want to love without any fear of violent reprisals, as has tragically been the case in this country. At Avon Justine, we believe in beauty democracy which is inclusive beauty that is open to all. Through our support of the Guild Cottage and Pride Month, Avon Justine is nailing its colours to the mast and reaffirming its commitment to being a fearless activist that will champion for the removal of any barriers that hold women back,” says Momin Hukamdad, Executive Commercial Marketing Director at Avon Justine.

Pride Month is celebrated globally each year in the month of June to commemorate the 1969 Stonewall riots, the uprising that marked the beginning of a movement to outlaw discriminatory laws and practices against LGBT community.

“I am delighted that Avon has made this donation to a thoroughly deserving children’s project,” says Judge Cameron.